Every Business is Potentially a Magnificent Rose Waiting to Bloom

It’s pretty easy to forget that even the largest companies and organisations operating around the world today, started life as tiny enterprises, the result of the enthusiasm and dedication of a few. At the time they would have had little if any inclination of what the future held.


Take the famous Golden Arches of multinational fast food chain McDonald’s, for instance. The company was founded in 1955 when local entrepreneur Ray Kroc purchased the rights to a small hamburger chain. Nearly 60 years on and spurred on in no small part by the clever concept of franchising, McDonald’s now boasts 33,000 restaurants worldwide and a global staff compliment of an incredible 1.7 million. It is estimated that these numbers help McDonald’s serve some 64 million people every day. 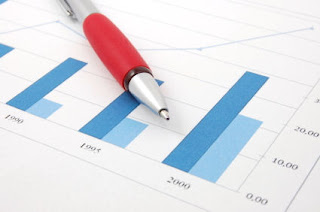 Then there’s computer software and hardware company Microsoft. Paul Allen and Bill Gates officially founded Microsoft in 1975, in the intervening years the firm has grown into one of the pre-eminent lights in IT, becoming a global monster worth some $224 billion (£144 billion). Now, Microsoft’s popular operating system, windows, boasts around 88 per cent of the market place and Bill Gates is one of the richest men on the planet. Mightily impressive stuff indeed.

Now, we’re not saying that working a certain way is a guaranteed route to success for a small company to reach Microsoft-style heights but, it’s worth remembering the humble beginnings of even the biggest names and what patience and hard work can potentially achieve.

Solid, small business marketing, backed-up with comprehensive market research of competitors and consumers, which in turn leads to a clear strategy, really is priceless.

It’s definitely a good idea to personally enquire face-to-face or over the phone, or search online, for an agency you feel not only offers the best service for the best price, but one that you can work with as well. The perfect vision for your company will be implemented before you know it.