Regardless of whether you yourself are personally active on social media, you are probably aware of its power and potential in a business setting. Which makes it all the more surprising that a striking proportion of businesses are still making little to no effort whatsoever to capitalise on social media. With no less than a third of the entire global population now actively using at least one social platform, never in history has there been a marketing tool with such extraordinary reach. 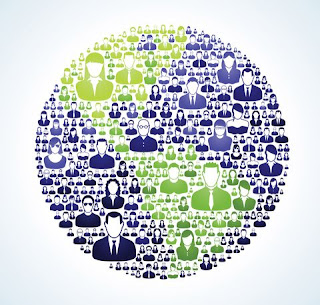 So with this in mind, what follows is a quick overview of 8 social Media Marketing statistics that could (and perhaps should) prompt a change in your current marketing policies:

1. First of all, a recent study carried out by Pew Research found that no less than 76% of Internet users now regularly use at least one social media service. What’s more, heavy and routine social media use is no longer confined to millennials – every single age group has grown over the past five years.

3. According to MediaPost, the average amount of time every Internet user is spending interacting with social media is increasing all the time. In fact, people are now spending an average of 109 minutes – or 7% of their entire day – using their chosen social media platforms. That’s 7% of every single day, 365 days a year.

5. By the year 2020, the vast majority of businesses will be spending somewhere in the region of 25% of their entire marketing budgets on social media. That’s according to a recent CMO Survey, which found that even those businesses that are already investing heavily in social media intend to up the stakes enormously going forward.

6. In terms of communication, millennials are much happier to get in touch with businesses via social media than by any other conventional means of contact. Which technically is nothing but a good thing from a business perspective as communicating via social media really couldn’t be easier.

7. Despite the fact that more than 80% of professional marketers say that they understand the power and importance of social media, the majority remain entirely unaware of how to fully capitalise on it. Reluctance to outsource or involve third-party professionals is one of the biggest of all roadblocks when it comes to social media marketing.

8. Last but not least, while so many businesses continue to regard Twitter as something of a one-way communication channel, research has shown that almost three-quarters (72%) of consumers expect a response to their customer service tweets in less than 60 minutes.
Posted by Chris at 00:56 No comments: