The time has come for us to once again share a few interesting and important facts and figures regarding the world of digital marketing. This time, there are snippets in their regarding livestreaming, personalisation, the travel industry and more.

So we’d like to think, something for everyone…with a bit of luck! 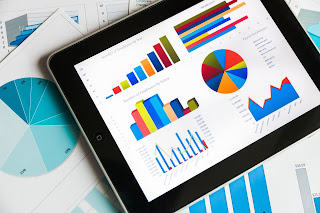 Here’s how things are looking right now in a few key areas of digital marketing:

Live streaming is growing in popularity

First and foremost, new research suggests that live streaming engagement is in the midst of something of a meteoric rise. Compared to the same period last year, the number of social media users engaging with live streaming content has jumped by around 8%. More than ¼ Internet users stated that they have now engaged in at least one live stream on social media.

72% of consumers turn to Amazon to research products

Despite the fact that it may not be used for quite as many purchases, evidence suggests that Amazon has become the number one resource for researching products. In fact, almost ¾ (72%) of people stated that they use Amazon to research products before purchasing them. While 51% stated that they use Amazon to compare prices, around 26% use the information available to compare similar products, read reviews and so on.

Once again, there’s strong evidence to support the importance of personalisation when it comes to marketing emails. Even when something as simple as the subject line is personalised, click-to-open rates have been found to increase by a full 58%. Which would seem to suggest that those who are not using personalised e-mail marketing could be letting significant amount of time and money go to waste.

Live TV is on the decline

While the issue itself is far from a new development, it’s becoming clear that live television is experiencing an even faster decline than before. The CTA reports that more than half of all millennials are now watching recorded or streaming television services rather than standard live TV. For over 35s, around 35% prefer this time-shifted content.

A study carried out by Bambu found that a growing proportion of millennials respond better to sales tactics in general that are performed using social media. A 35% stated that they would be more likely to make a purchase when product information or industry news are shared by representatives via social media – the total percentage preferring this kind of outreach having increased to 45%.

Only 9% of people use high-street travel agents

Last but not least, it would appear that the long-predicted and somewhat inevitable death of the traditional travel agent has taken a significant step towards becoming a reality. According to a recent study carried out on UK consumers, just 9% of those actively planning and booking holidays now visit traditional travel agents in any way, shape or form. As far as younger audiences go, the figure falls to an even lower 4%. Nevertheless, the same study found that if traditional travel agents were to fully embrace modern technology like virtual reality, close to half (48%) said that they would be more likely to revisit them once again.
Posted by Chris at 03:00 No comments: