Google and Bing Unite to Take Down Piracy Sites

Though it is entirely against the law, piracy is nevertheless big business these days. The majority of people that participate in P2P file sharing aren’t out to make money, but simply to allow others to access their music, movies and so on in a way that infringes copyright law. At the same time, there are always those who make quite a bit of money from building and operating huge P2P file databases that are often making a killing in advertising revenues. 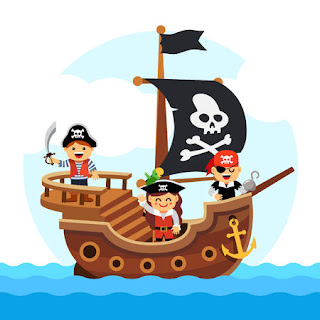 Suffice to say, it is a problem many artists, businesses and authorities all over the world are attempting to tackle. The only issue being that as it’s as simple as firing up your computer and accessing the website in question, that is precisely what millions are doing every day.
Nonetheless, this can all be set to change in the very near future as both Google and Bing have signed up to a new code of practice, after discussions with the UK government and representatives of the entertainment industry. Put simply, the two major search engines will start a process of demoting websites involved in piracy, in order to reduce the exposure of such websites.

The agreement was reached with the music and film industry in talks organised by the UK’s Intellectual Property Office (IPO). The initiative also received the support of UK telecommunications regulator Ofcom, which is constantly looking for projects and programmes that can actively prevent users from accessing piracy websites.

One of the biggest issues having always been the way the websites themselves plead innocent, given the way they don’t in fact share or host any files directly. This simply makes it easy for users to share their own files illegally.

The project will be watched closely by the minister of state for universities, science, research and innovation, Jo Johnson, who underscored the importance of collaboration in order to crack down the escalating piracy problem.

“Search engines play a vital role in helping consumers discover content online,” said Johnson. “It is essential that they are presented with links to legitimate websites and services, not provided with links to pirate sites,”

“I am very pleased that the search engines and representatives of the creative industries have agreed this code. I look forward to this valuable collaboration benefiting both the UK’s digital and creative sectors,”

Additionally, digital and culture minister Matt Hancock stated that the United Kingdom must fulfil its responsibility to set the right example and to also ensure that users and businesses are sufficiently protected.

“Pirate sites deprive artists and rights holders of hard-earned income and I’m delighted to see industry-led solutions like this landmark agreement which will be instrumental in driving change,” he said.

“As we build a more global Britain we want the UK to be the most innovative country to do business, and initiatives such as this will ensure our creative and digital economies continue to thrive.”
Posted by Chris at 03:27 No comments: