HTTPS Sites Now Account for One Third of Page-One Rankings

According to the results of a new study carried out by Moz, more than 32% of all results to make it to the front page of Google are websites that use the HTTPS protocol. A blog post was published this week which highlighted data gathered the over the past two years, ever since the August 2014 announcement from Google that HTTPS would become a light ranking signal.

Suffice to say, the findings should definitely serve as food for thought for those working in search engine optimisation when it comes to making the decision as to whether or not shifting to the secure HTTPS should be considered. 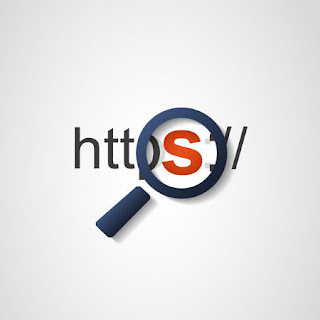 For those unfamiliar with exactly what HTTPS is all about, perhaps the simplest description of all of in a comparative sense was provided by Jim Yu:

“HTTP is the standard form used when accessing websites. HTTPS adds an additional layer of security by encrypting in SSL and sharing a key with the destination server that is difficult to hack.”
And as for the announcement made by Google back in the summer of 2014, here’s what they had to say about HTTPS:

“We’re starting to use HTTPS as a ranking signal. For now, it’s only a very lightweight signal, affecting fewer than 1% of global queries, and carrying less weight than other signals, such as high-quality content.”

Google would go on to make the promise that the importance of HTTPS in their views and actions would continue to grow, in order to work towards a safer worldwide web for the future. Given the results published this week by Moz, it looks like they weren’t kidding.

As of right now, evidence seems to suggest that sites using the HTTPS protocol account for no less than a full third of all the results that turn up in the first page of Google’s SERP rankings. Dr. Pete – the chap responsible for the study – was adamant to point out however that while it may immediately come across as an algorithm change, it could also simply be that more webmasters and developers than ever before are following Google’s advice and using the HTTPS protocol.

“They’ve successfully led search marketers and site owners to believe that HTTPS will be rewarded, and this has drastically sped up the shift.”

To be frank, if there’s anything your web business can be doing right now to up security standards for the sake of the customers, it’s something you absolutely should be doing. Not only for their physical protection from harm, but also because it immediately illustrates and demonstrates the strongest regard for their welfare on your part.

Which is, in no uncertain terms, becoming one of the most important deciding factors when consumers decide who they do and do not do business with.

Claiming to tick all the right boxes in terms of security is one thing – proving it is something else entirely. In the case of HTTPS, it’s a small transition that could add up to a big difference in more ways than one.
Posted by Chris at 02:18 No comments: