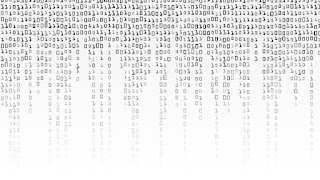 These days, most online business owners keep a fairly close eye on their SERP rankings. Assuming they count on search engines to send traffic their way, their prominence or otherwise can make or break their businesses. The problem being that every now and then, many businesses bear the brunt of a sudden yet perhaps dramatic fall.


Falling down the rankings just a few positions can transform solid performance into near-zero performance in an instant. Particularly in the wake of major changes to Google’s search algorithm, it’s normal to see thousands of casualties on a global basis. But what many fail to realise is that outside these major changes, minor tweaks are made to Google’s indexation system all the time.

Hundreds of them every year, in fact.

So it’s technically no surprise that a couple of weeks ago, a fair few businesses and SEO analysts alike noticed slight changes to their respective sites’ performance. Nothing major, but the apparent algorithm tweak generated such huge discussion online that Google stepped away from tradition and broke silence on Twitter.

“Each day, Google usually releases one or more changes designed to improve our results. Some are focused around specific improvements,” wrote a Google spokesperson on Twitter.

“Some are broad changes. Last week, we released a broad core algorithm update. We do these routinely several times per year. As with any update, some sites may note drops or gains. There’s nothing wrong with pages that may now perform less well. Instead, it’s that changes to our systems are benefiting pages that were previously under-rewarded.”

The obvious issue being that while they may have confirmed the change, they didn’t go into any detail at all regarding its nature. Neither did they offer any pearls of wisdom as to how to go about repairing the damage where necessary.

“There’s no “fix” for pages that may perform less well other than to remain focused on building great content,” Google stated.

“Over time, it may be that your content may rise relative to other pages.”

So once again, we find ourselves with countless businesses and website owners wondering why they’ve been punished. Or more importantly, what to do to reverse the damage. The thing is though, these kinds of changes really aren’t surprising at all. Nor should they be interpreted as punishments.

As Google stated, a fall in the rankings doesn’t mean you’ve been punished to some extent or another. It simply means that something to do with your rivals’ websites that wasn’t previous awarded due credit has now been rewarded. So it’s not a case of repairing the damage – it’s a case of taking your own SEO strategy to the next level.

Google’s rules have never changed…at least as far as their intentions are concerned. Serve you niche with a quality, content-rich and well-optimised website to feature prominently in the rankings. Fail to do so and your competitors will outperform you.

Make it happen with a quality, long-term SEO strategy and you can ensure you stay one step ahead of both Google’s algorithm tweaks and those you’re looking to outperform.
Posted by Chris at 06:04 No comments: