Confirmed: Speed Matters More than Ever

If there’s one thing every Internet user today has in common, it’s growing impatience. Even if some have at least a little more patience than others, impatience among web users is growing like never before. For the most part, it is taken for granted that both your website and all of its internal pages will load in full at the snap of a finger. If they don’t, your prospects turn around, head elsewhere and perhaps never return. 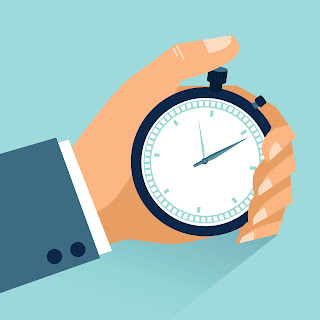 Now, it’s natural for those on the business side of the equation to simply throw accusations at impatient customers, arguing that it’s unrealistic to expect flawless performance at all times. Unfortunately, the customer is always right. Or at least, the customer determines whether and to what extent you will succeed, therefore you need to do what they want, when they want it.

According to one of the more recent studies carried out by Kissmetrics, almost half of all consumers now expect websites and internal pages to fire up in no more than 2 seconds. In addition, approximately 40% stated that they will happily walk away from a website (perhaps permanently) if they are forced to wait more than 3 seconds for it to load.

But here’s the real kicker – it’s not only about the huge increase in bounce rates slow loading times tend to trigger. Instead, research has shown that even when customers wait those extra few seconds and stick around, slow loading times can have a remarkable effect on conversion rates.

Extensive surveys have shown that when page loading times are delayed by as little as one second, it can lead to a quite extraordinary 7% reduction in conversions. In the case of Amazon – which is admittedly rather on the large side compared to most online businesses – it is estimated that approximately $1.6 billion is lost every year, simply due to slow page loading times. It’s not as if your own business is likely to incur these kinds of heavy losses, but still – can you really afford to throw away 7% of possible conversions, simply due to basic issues with page loading times?

The answer…of course you can’t!

From a website developer’s perspective, the most frustrating thing about poor page loading times is the way in which they can usually be addressed relatively easily. While it’s not to say that there will not be some time, effort and expenditure involved, it often takes little more than a few simple tweaks behind the scenes to get things up to speed…literally. Whether it’s your current hosting service provider, your site’s coding, issues with its content or anything else across the board, there are various ways and means by which you can and therefore should work to improve its performance.

Given the fact that so many businesses are still allowing themselves to fall behind the curve by operating sluggish and inconsistent websites, this is actually a comparatively quick, easy and affordable way to get ahead.
Posted by Chris at 01:29 No comments:

Statistically speaking, your likelihood of being directly affected by negative SEO is actually relatively low. Nevertheless, it does exist, does happen and does have the potential to wreak havoc with your business.

In the simplest of terms, negative SEO refers to anything done by outside parties to either harm your rankings or redirect traffic elsewhere. It’s sometimes used to hijack traffic for material gains, though can also be used for no reason other than to destroy your reputation and business. And as it can be very difficult to reverse once you’ve been attacked, the best approach is to keep your eye out for anything suspicious and protect your business on an on-going basis. 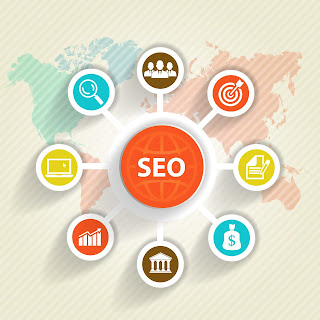 For example, link audits represent an important SEO tool in general and can be very helpful in detecting negative SEO. You basically need to keep a constant eye on the links pointing toward your site and those your site features. Should any turn out to be spammy, fraudulent or invalid, your SEO prowess could take a hit.

Never forget that these days, Google pays close attention to the speed and overall performance of your website when determining its SERP rankings. Which is precisely why many negative SEO attacks target overall speed and performance, which can and often do make a big difference in terms of rankings.

This basically refers to the all-too common process of content being directly lifted from your website and published word for word elsewhere. The attacker may then subsequently claim that the copy is their own, which will lead to your site being penalised for duplicating their content. If not, the fact that the copy is repeated any number of times in various locations could automatically affect your rankings.

The occasional negative review tends to be both inevitable and potentially beneficial for your business. However, if it seems as if you are unfairly and inexplicably attracting negative press from all over the place, it could be that someone is trying to do your reputation damage with fake reviews. All of which is precisely why it is important to keep tabs on your online reputation at all times.

Last but not least, the single most effective way of protecting yourself from the kind of negative SEO that happens directly on your website itself is to upgrade the security of your site. Contrary to popular belief, it isn’t always blatantly obvious when hackers have made their way through some kind of back door and done their bidding with your coding. Quite the opposite, as with negative SEO it’s more a case of sneaking in, wreaking havoc and making it as difficult as possible for the changes to be detected. So for obvious reasons, it simply makes sense to protect yourself to the highest possible extent.
Posted by Chris at 03:39 No comments: