How to Survive (and Win) the Post-Christmas Lull

There’s always a sting in the tail with the annual Christmas ecommerce frenzy. Things are just about as peachy and positive as it gets for a couple of months, after which comes the inevitable lull. 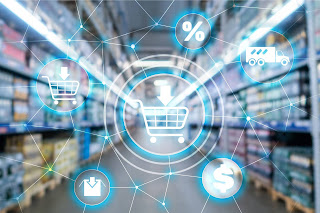 One of the biggest (and most common mistakes) made by smaller businesses is focusing too heavily on leveraging shoppers’ appetite to spend over the festive period. And in doing so, losing sight of the importance of compensating for what happens next.

Consumer spending always dips massively in January and February – a fact and a reality there’s nothing you can do about. Nevertheless, this doesn’t mean there isn’t plenty you can do to survive and even thrive during this post-Christmas lull.

A few suggestions on how to make January and February slightly less painful for your online business:

It’s a pretty old-fashioned concept in this day and age, but consumers still cannot resist the prospect of the classic ‘January Sale’. They’ve already overspent during November and December, yet are attracted to January discounts like moths to flames. Don’t forget that your closest competitors are probably planning major January sales of their own, so it’s worth doing likewise.

New year, new start, new opportunities etc. – the New Year attitude that temporarily motivates the masses. At the very beginning of the year, people become determined to improve their personal productivity, clean and sanitise their homes, improve their health, do something charitable and generally become ‘better’ people. All of which can and should be leveraged in your sales and marketing strategy for the New Year.

Most businesses time their new product and service debuts for the spring and summer. They instinctively avoid times of diminished spending, for reasons rooted in logic. However, this also means there’s a glaring gap in anything new and interesting hitting the market at the start of the New Year. If you’ve been sitting on something you think your audience will get a kick out of, why not take advantage while your competitors are hibernating?

4. Get Serious with Email Marketing

Ideally, every single sale you made over Christmas will have resulted in another email address making it onto your list. In which case, there’s no better time than right after Christmas to start working on a serious (and appropriately segmented) email marketing strategy. Too soon to start bugging those who only recently shopped with you? Not at all – it’s always best to reach out to satisfied customers while they remember why they shopped with you in the first place!

Last up, don’t make the mistake of going quiet and temporarily vanishing into thin air. Due to a combination of fatigue and the fact that business is slow, countless brands go dormant and largely inactive after Christmas. In doing so, they overlook (or are oblivious to) the fact that social media use skyrockets during the darker and gloomier months of the year. Hence, there’s really no better time to engage your audience and take your social media marketing strategy a step further.
Posted by Chris at 01:27 No comments: