Five Ways to Wreck Your SERP Score with Google

It seems the one constant in the whole digital marketing landscape over recent years has been the importance of SEO. Or more specifically, achieving solid SERP performance. And as far as the immediate outlook is concerned at least, it doesn’t look as if things are about to change anytime soon. 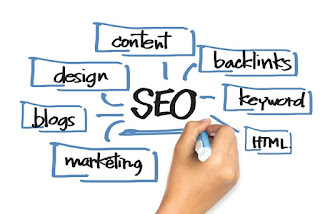 That said, the one thing that has changed beyond recognition is the list of errors and oversights that can get you in trouble. Reaching the top spot with Google has never been more difficult – doing yourself a disservice has never been simpler. Which is exactly what a surprising number of online businesses are doing right now.

To just look at things from a slightly alternative perspective, here’s a rundown of five guaranteed ways to wreck your SERP score with Google:

First up, there’s really no sense in listing the various examples of black hat SEO techniques you should be avoiding. The reason being that all black hat SEO should be avoided at all costs. Even if it’s the kind of thing you’d once get away with, or genuinely believe you’ve hidden sufficiently from view. These days, there are no short cuts to positive SEO whatsoever – trying to find them will only ever land you in hot water.

3. Too much guest blogging

You know how guest blogging can be a great way of an invaluable and abundant backlink? Well, as far as Google is concerned, too much of a good thing is bad. Just to clarify, guest blogging should in no way be considered black hat or inadvisable. It can actually be enormously beneficial and positive. Nevertheless, any kind of duplicate, poor-quality or spun content used for guest blogging is exactly the kind of thing that could reflect bad on you. Both in terms of your reputation and your SERP score.

The problem with this particular consideration is that it didn’t use to be a consideration at all. At one time, you could get away with a website that wasn’t particularly speedy, reliable or easy to navigate. These days, all these things and everything else to do with performance are taken into account and considered accordingly. Which in turn means that even if your site’s content is no less than outstanding, it could be rendered redundant if site performance isn’t up to scratch.

Last but not least, there’s nothing quite like being kicked when you’re already down. It’s not as if getting hacked isn’t bad enough. Nevertheless, evidence of hacking suggests that your website may have serious security issues – something that doesn’t go down well with Google. The long and short of it therefore being that as far as security is concerned, there’s no such thing as overprotecting your website.
Posted by Chris at 06:12 No comments: