A Roundup of Some Key Digital Marketing Statistics

It’s been awhile since we shared a roundup of digital marketing statistics. So, what better time than right now to do just that?

During an interesting couple of weeks, we’ve learned a lot about influencers, mobile apps and automation. The most important and surprising statistics we’ve come across being as follows:

Influencers Are Not Trusted by 96% of People

Slowly but surely, we could be seeing the demise of the influencers as we’ve come to know them. According to the results of a recent study carried out by YouGov and Grey London, just 4% of Brits said that they trust the information and advice of influencers. 17% of social media users reported encountering inaccurate or misleading content online, while 48% said they don’t trust the accuracy or honesty of celebrities’ profiles. There’s still plenty of trust for reviews and recommendations from friends and family – third-party influencers being an entirely different story. 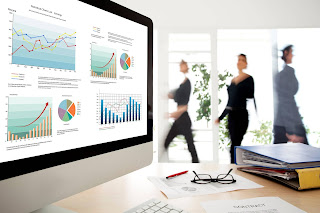 Over a Million Knowledge-Based Jobs at Risk

Forrester’s 2020 Predictions report has painted a somewhat gloomy picture of the future of knowledge-based jobs. Specifically, they believe that more than a million knowledge-based human roles will be replaced by an automated hardware and software next year alone. The report also suggested that quality assurance roles in customer contact centres could be cut by as much as 40%, replaced again by automated hardware and software.

It’s been a long time coming, but social media has finally overtaken print to become the third biggest ad channel. That’s according to Zenith’s latest ‘Advertising Expenditure Forecasts’ report, which predicts a further 20% social media spend this year to hit a whopping $84 billion. By contrast, total print ad spending is expected to decrease by 6% to $69 billion.

Unsurprisingly, it’s now estimated that 98% of Gen Z now carries a smartphone. In addition, they also spend an average of 3.7 hours each month on the four biggest non-gaming apps listed above. Though what’s interesting is that they’re spending less time with each of these apps per session, but visiting them on a regular basis. On average, Gen Z members clock up 150 combined user sessions with these apps each month – that’s around 55% more than their older counterparts.

Impress a Christmas shopper this year and they’re statistically more likely to convert when they visit your store next year. That’s according to a report published by Monetate, which found that satisfied Christmas shoppers who return to your store are twice as likely to convert as those visiting you for the first time. A statistic that underlines the importance of prioritising the satisfaction of every Christmas customer, rather than treating them as disposable ‘one-off’ shoppers.

Last but not least, approximately one in every five young people has deleted a social media app due to negativity. The potential negative impact of social media is apparently been acknowledged and acted upon by more younger users than ever before. According to Mediacom, 18% of younger people have deleted one or more social media apps from the devices over the past year, while 13% said they have consciously reduced the amount of time they spend on social media apps.
Posted by Chris at 08:47 No comments: