The Rise and Rise of mCommerce

Once again, the extraordinary value and importance of mCommerce has been illustrated in the numbers alone. As of right now, approximately 1.6 billion people are known to be using mobile devices to make purchases online. Or to put it another way, that’s more than 25% of the entire population of the world. 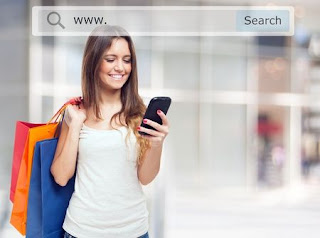 Not only this, but as the popularity of mCommerce continues to grow worldwide, traditional eCommerce by way of desktop and laptop computers is seeing something of a decline. Nothing particularly dramatic, but a 15% in 2019, compared to the year before. During the same period, transactions originating from smartphones doubled.

Quote these figures to the average business owner and chances are they’ll be anything but surprised. After all, mCommerce didn’t exactly come out of nowhere and nor is it a secret that the modern world is addicted to mobile. But what is interesting is the way in which so many business owners still seem entirely unsure as to how to adapt and engineer their content for success in the mCommerce era.

As a rule of thumb, the key to success when it comes to mCommerce is to deliver a smooth, simple and seamless experience for every customer. Easier said than done, but nonetheless essential.

Speed and simplicity are the two most important attributes demanded by today’s consumer. For example, approximately 65% of mCommerce shoppers are unwilling to wait more than 4 seconds for any given webpage to load. If it takes longer than this, they’ll head elsewhere. When they do, close to 70% stated that they’d be far more likely to go through with a purchase, if the mobile experience as a whole was on-par.

By the end of 2020, total mCommerce value in the United Kingdom alone is expected to hit an incredible £42 billion. What’s more, mCommerce will also account for at least 45% of all online sales – its highest figure to date.

So it’s abundantly clear that mCommerce isn’t going anywhere but skywards for the foreseeable future. Hence, now really is the time to invest as heavily as necessary in creating a premier mobile experience, built in accordance with the following key principles:

• Creativity. However you choose to go about it, your mobile website needs to stand out from the crowd, delivering a strong and true reflection of your brand. It shouldn’t be a generic, watered-down version of your primary desktop website.

• Visuals. Most mobile shoppers expect the kinds of high-quality visuals that make it quick and easy to see what it is that’s on offer and whether or not they want it. Creative imagery having much greater impact than standard stock photography.

• Adaptability. It’s no good to provide a mobile experience that’s outstanding on the customer’s Samsung smartphone and pure garbage on their iPad. Quality mobile web design means ensuring your content and layout can adapt to all devices, without exception.

• Simplification. Ideally, the customer should be able to find whatever they’re looking for and complete the entire purchase process in just a few touches. The slower and more complicated the conversion process, the less likely it is to happen.

• Speed. Last up, capitalising on the value of impulse purchases and generally maintaining the attention of modern audiences means providing a lightning-fast mobile experience at all times. When mobile site speed isn’t up to scratch, it’s game-over.