For much of recent history, it’s been the norm to focus on SERP rankings above and beyond everything else. Which of course makes sense, given the way in which a high position in Google or Bing can result in the most enormous traffic boost for any website. 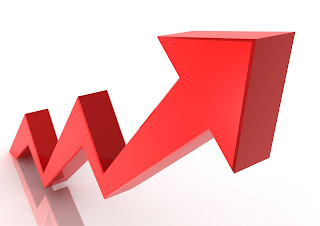 But here’s the thing – rankings never have been the be and end all of things.

What’s important to acknowledge is the way in which your current position in any search engine doesn’t accurately indicate the success of your wider campaign. There are three primary reasons why an unhealthy fixation on rankings is exactly that – detrimental to your business and your marketing strategy:

First up, it’s becoming extremely difficult – impossible even – to accurately measure your own SERP performance. The reason being that search results have never been more meticulously personalised. From location to browser to device to language to personal preferences and so on, thousands of different search results are delivered by the hour for the exact same search terms. You cannot look how you perform for one or two specific terms and interpret this as a constant for all searchers across the board. It might show one thing for you, but could show something totally different for someone else. Particularly in the case of local businesses and local search, personalisation has never had a greater influence on both exposure and performance.

No matter what you do and how much you do it, you’re never going to hold onto the same ranking indefinitely. It just doesn’t happen. One day you’re third, the next you’re second, then you fall to page 5 and jump back to the first page once again. Why? For any number of reasons – being outperformed by competitors, algorithm changes at Google, flaws in your own SEO strategy etc. In any case, your position is always going to change on a fairly regular basis. As such, and given the fact that there’s often nothing you can do about it, you cannot gauge your overall performance by rankings alone. There are so many external influences that can affect your ranking – it isn’t all nearly as within your control as you might think.

Last but not least, traffic represents just one contributory element to wider success in business. Without exception, a solid Google ranking for a competitive keyword is going to win you a lot of traffic. But what then? What if just 5% of these arrivals stick around and less than 1% convert? You’d perhaps have been better-off with a tenth-place position and greater focus on improving conversion rates. If you focus all your time and attention on rankings, you cannot focus sufficiently on the quality of your website. Even a number-one ranking is all but useless if it isn’t backed-up by an outstanding user-experience. The problem being that far too many businesses seem unable to strike the ideal balance between the two, in terms of their own efforts and investment.

So if you are still focusing somewhat obsessively on rankings above all else, it’s worth asking:

What might you be allowing to suffer in the background?
Posted by Chris at 06:19