In the UK the horse meat scandal has knocked several of the big retailers sideways, and Tesco is one of the most high-profile names to be caught in the fall-out. Indeed, unfairly or not it seems to have become ‘the face’ of the horse meat scandal. The revelation that horse meat has been found in many of its beef products has seen customer trust in its products fall to the lowest levels yet. Its marketing experts are going to have an uphill struggle to restore its reputation and brand image to its previous levels. 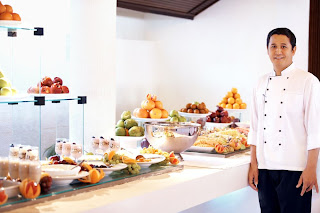 Whilst the horse meat issue is not the only problem to have rocked the food industry in recent months it is certainly the most incendiary one. According to Canadean Customer Solutions, which recently spoke to a cross-section of 2000 consumers, nearly 40 per cent of shoppers are less trustful of their main supermarket in the light of the ongoing scandal. More than half, meanwhile, are sceptical about the quality of their supermarket’s meat. Downing Street has insisted that it is now the responsibility of the retailers to restore consumer faith.

So what steps has Tesco taken so far? To begin with, it has sent letters to its customers, and its chief executive Philip Clarke gave a talk at the National Farmers Union conference in February. It has also run national press advertising to discuss the scandal and reassure consumers that it is taking the issue as seriously as they are.

Clarke said: “I know that the discovery of horse meat in products sold in several major retailers, including Tesco, has shaken your trust in food retailers and the products we sell. You’ve told us that you want to buy British. And that the journey from farm to fork should be far less complicated. I’ve listened to what you have said and we’re making some real and lasting changes.”

This last issue is a key one: maybe what Tesco needs to do is actively show itself to be in control of the supply chain. The length and sheer complexity of the chains needs to be shortened in order to give consumers more confidence that they know where their meat is coming from. It should now be the job of marketers, not just buyers, to understand the supply chain and find ways to make it clearer to the average consumer. This will also aid them in their task to position products correctly.

Using the Internet and social media will be an important tool in aiding Tesco’s recovery, because it promotes a real dialogue between retailer and consumer. This means the consumer is more likely to feel their concerns are being taken seriously. It has already made a step in this direction with the setting up of Tescofoodnews.com to address some of their fears. The aim of these marketing efforts should be to create greater transparency, rather than shying away from controversial issues, but also in some way to remind consumers what it was about Tesco they trusted in the first place.
Posted by Chris at 07:27