How Viral Marketing Can Work For Businesses

Viral marketing is the process of using social media and other technologies to increase an awareness of your brand or other marketing message. It is called ‘viral’ because it is analogous to the spread of a disease: theoretically, a good viral marketing campaign will encourage those who see the message to pass it on to several others until it spreads like wildfire.

Viral marketing can be a great way to boost the profile of a business because it’s a fast and easy way to increase its visibility a thousand-fold. People are compelled to share things online that they find interesting, unusual or entertaining. 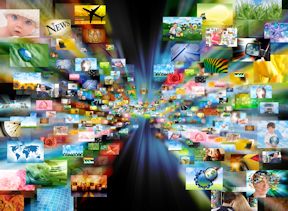 This is what social media is all about after all.

Imagine that a single viewer shares your message with 10 other people. What happens if each of those 10 other people does the same thing? This is just one way in which the Internet has transformed the world of marketing.

This kind of marketing is also a clever way of improving a brand’s credibility, because people are far more likely to trust a product if they have learned of it from somebody they know. By its very nature, then, viral marketing will build up brand’s image as something to be relied upon – breeding familiarity by proxy, almost. It is also a great way of reducing advertising and marketing costs because online social media is completely free.

The key to achieving success through these means is that you have to be original. A viral marketing campaign needs to be something that will capture the imagination and make viewers want to share it. A recent example of a clever, witty viral campaign was that carried out by the two cable channels MTV and BET in tandem. What they did was to ‘hack’ each other’s Twitter accounts in order to make a series of light-hearted digs at each other. By switching identities in effect they were able to generate mutual publicity for their respective programmes.

The tweets came with the hashtag #MTVhack. Those made by BET made references to MTV’s ‘Jersey Shore’ and mimicked some real-life brand hacks we have seen in recent years, such as Burger King and Jeep.

Whilst the Twitter network quickly twigged that this didn’t seem like a genuine hack, the buzz it generated certainly helped the two Viacom-owned channels to achieve their aims, which included publicising the VMA and BET awards.

One of the reasons this particular stunt has worked is that the nature of it fitted in well with the ‘edgy’ ethos of MTV and BET – MTV, after all, is the channel that brought us ‘PUNK’d’.
Posted by Chris at 09:51