Key Video Marketing Trends to Watch For in 2021

In terms of popularity, impact and appeal, video continues to go from strength to strength. It’s been the most influential marketing and promotional medium for some time, and is expected to continue its meteoric rise throughout 2021 and beyond. 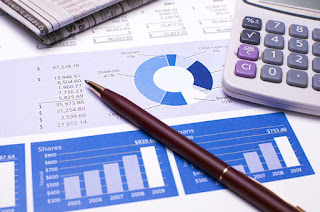 According to a recent poll, content creators who concentrate on YouTube are seeing up to 30% more views right now than a year ago. More broadly, research suggests that around 56% more people are watching video on social media today than during the same period in 2019.

Live streaming in particular has seen a stellar spike in popularity last year – up as much as 70% on platforms like Instagram.

It’s therefore clear at a glance that video marketing is set for another incredible year in 2021. As for the most notable trends to watch for, the following are widely predicted to rule the roost over the coming 12 months:

It’s taken a while, but Webinars are finally beginning to hit their stride in terms of popularity and influence. Simple yet effective, these ‘web seminars’ are essentially enhanced and extended tutorials, which can be published for a variety of purposes. Education, industry insights, basic entertainment – a webinar can be anything you want it to be. It can also be a seriously powerful and impactful marketing tool, when engineered and distributed strategically.

Roughly translated – Google is showing preference to websites and publishers that include high-quality video in their content strategies. Traditionally, video hasn’t had a huge impact on SEO as its content cannot be crawled and assessed by search engines like Google. Today, increasingly sophisticated algorithms are giving video content the respect and consideration it deserves. Of course, the fact that Google owns YouTube also plays a major role in its preference for quality video content on web pages and sites.

Sophisticated mobile technology combined with 4G and 5G networks is making live HD mobile streaming more popular and accessible than ever before. Some of the world’s most popular social platforms now make live streaming literally as easy as touching a button. All of which has spurred meteoric growth in the popularity of live mobile streaming – both with publishers and consumers alike. Live streaming is often considered to have more appeal than conventional and video content, in that it’s unfiltered, unedited and ultimately more ‘real’ by design.

Last up, it’s becoming increasingly rare for publishers to dedicate themselves exclusively to just a couple of channels. These days, you’ll usually find out when a video has performed well on Facebook, it’s also been published on Twitter, Instagram, TikTok, Reddit and elsewhere. The fact that so many social platforms have such massive global audiences makes the whole omnichannel distribution thing something of a no brainer. Even if your audience is primarily on Twitter, there’s no harm in promoting your content to audiences elsewhere


Right now, the vast majority of internet marketing experts are predicting a future absolutely dominated by original online video content. Video marketing may currently be the stomping ground of much larger companies, but research suggests that even the smallest and newest businesses out there could benefit enormously by upping the ante in video-stakes. 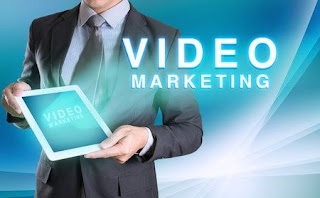 By the end of the current decade, video content will account for the overwhelming majority of all global web traffic. Which is precisely why now is the time to take into account a few of the most important facts and figures, which help solidify just how crucial it is to pay closer attention to the power and relevance of video marketing right now.

A picture is worth 1,000 words, but how about a minute of video? Well, according to one Forrester Research guru by the name of Dr. James McQuivey, you’d need to pen somewhere in the region of 1.8 million words to deliver the same level of information and impact as just 60 seconds a video. How exactly? It’s easy really – simply consider the subtleties, body language, atmosphere, music, hidden meanings and so that can be presented in just a few seconds of video.

Each and every day, somewhere in the region of 100 million Internet users go online specifically for the purpose of watching online video content. In addition, close to half of all Internet users watch at least one web-based marketing video every month. Video marketing gives businesses of all sizes the ability to reach gigantic global audiences like nothing else.

In terms of influence, somewhere in the region of 90% of consumers say that their spending decisions and actions in general are influenced directly by helpful and relevant video content. For example, online stores that use video content to promote their products and promotions tend to close far more sales than those that do not.

As of last year, the average time each and every Internet user spent watching video marketing materials online every month was 16 minutes and 49 seconds. Once again, you only have to refer back to the value of a single minute of effective video content to understand just how relevant this statistic really is.

Out of the hundreds of millions of web users that come across video marketing content every day, no less than 26% seek further information with regard to what the video they encountered was promoting. In addition, 22% go on to visit the website of the company responsible for the video, while around 12% will eventually buy the advertised product or respond exactly as intended.

Last but not least, on-going research has shown that each and every time an Internet user views a marketing video online, the chance of them going all the way to conversion increases by an incredible 64%. Not only this, but webpages featuring video content generally have vastly lower bounce rates and encourage consumers to spend considerably more time viewing and reading their content.
Posted by Chris at 01:17 No comments:

6 Top Tips For Using Online Video To Promote Your Business

The sheer popularity of YouTube: currently 490 million users worldwide, generating an estimated 92 billion page views per month, demonstrates that online video represents the ‘now’ and the ‘future’ of social media.

In fact, the ‘how to’ video category is YouTube’s fasted growing group. Are you beginning to see the potential already?

Thanks to huge technological advances in recent years, corporate videos are now easier than ever to create in-house, or via an agency if you prefer. However some companies have reported a reluctance to try video marketing in case their message comes across as ‘mixed’, or the audience reaction isn’t as positive as they had hoped for.

Video can be a really profitable marketing tool for businesses of all sizes, so it’s well worth considering for your next campaign. 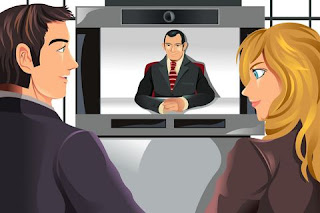 Whether you choose to employ a professional company to produce your video, or decide to do it yourself, here are 6 top tips for making videos work for your business:

1. What is the key purpose of your video?

Is it to drive awareness of your brand? A platform from which to launch a new product or service? Is it to attract affiliates to sell your products? Or perhaps you want to persuade your customers to take part in a survey.
It’s worth spending some time outlining the basis of why you are creating your video and what its key purpose is. It’s also a good idea to write your initial ideas down in the form of a Mind Map or draft document you can refer to at various intervals.

2. Who is your intended target audience?

What is their age range? Gender? Salary? Lifestyle? Hobbies? Define your ideal customer as far as possible. You can even give him or her a name if you wish, which can provide a focus for the project. You will then create your content for this particular character or persona, for example ‘Project Arnie.’

3. Why will your target audience watch your video?

Just as TV programmes are made with a particular audience in mind, your video communications need to do the same. Writing and delivering your content with a target demographic in mind, will ensure you have better chance of reaching the people you want to with your message.

4. What is your key message?

Thanks in part to the immediacy of the Internet, most of us have shorter attention spans than we did a decade ago. Very few people (even committed fans) will sit through a video that waffles on aimlessly. You need to create a proper structure with an emphasis on one or two key messages. Ideally your video should be no longer than five minutes – three is ideal. Make sure your tone of voice is consistent throughout and that the video content reflects your brand values. And talking of ‘tone of voice’, make sure you address your audience in their preferred language – don’t alienate people by being ‘too corporate.’

You have now created a great video for your business – congratulations. But it’s not much use to you if no-one sees it. So how will you promote it?
Via your website – make sure it’s embeded in a prominent place, preferably on your Home page, not buried several layers deep.
On your very own YouTube Channel – it’s easy and free to sign up.
By emailing your list.
Using a dedicated ‘Squeeze Page’ for a particular campaign.
All of the above.


While it’s perfectly possible to do much of your video’s marketing in-house, if you are seriously planning a viral campaign, I would urge you to consider utilising the services of a viral marketing agency. By ‘seeding’ your video they will be able to create a buzz for your brand far quicker than any non-expert could hope to achieve by themselves.

6. Measure and evaluate your video’s performance.

You need to put a system in place to measure the effects of your video campaign against your objectives. A truly effective video should pay for itself in terms of savings or sales. Hopefully, the experience will prove so profitable for you that you will decide to use video as the focus of future internet marketing campaigns.
Posted by Chris at 04:28 No comments: