Five Ways You Could Be Stopping Journalists to Publish Your Stories

Whether planning an outreach campaign or already in the midst of a PR distribution strategy, here are five more mistakes to avoid when reaching out to journalists:


1. Thinking You Have Creative Control

The moment your press release lands in the journo’s mailbox, it technically becomes their property. Not in the sense that they can alter the facts or general subject of the PR, but they’ve full creative control with regard to how the information is subsequently presented. This is where outreach campaigns often go wrong – those behind them attempting to take full creative control. Avoid the temptation to tell journalists how to do their job – trust them instead to do their thing.

2. Bugging Them with Reminders

Do journalists and publishers lose and/or forget about PRs on a regular basis? Of course they do. Does this mean bugging them with reminders is a good idea? No way. If it’s a time-critical story/announcement and the deadline is fast approaching, there’s justification for giving them a gentle ‘nudge’ at the right time. If there’s no real hurry and it’s only been a day or two, hold off a little longer. It could simply be that your PR is at the bottom of their list of priorities – reminding them it exists won’t suddenly inspire them to prioritise it.

3. Creating a False Sense of Urgency

Most experienced journalists know every trick in the book and aren’t in the habit of falling for them. In this instance, we’re talking the classic “I’ve also pitched this suggestion to X and Y outlets who are very interested, but I wanted to give you first refusal” or something along similar lines. You’re basically saying “take my fantastic story before somebody else beats you to the punch.” And it’s a tactic that doesn’t work – it simply screams of desperation and won’t work in your favour.

Where a media outlet refuses to publish your story or content, it’s for a valid and obvious reason in their minds. In which case, attempting to persuade them otherwise is a waste of time. It’s also likely to cast aspersions on your credibility, while at the same time making it unlikely they’ll consider your future requests. Where faced with a rejection, it’s best to thank them for their time, walk away and approach them at a later date with something more relevant.

5. Going for the Hard Sell

Last but not least, any press release or piece of outreach content that smacks of pure promotion for your products, your services or your business isn’t going to work. Press releases are supposed to be informative in nature and in some way relevant/valuable to the recipient. They don’t exist simply as a means by which to sell your products and services without paying for conventional advertising space. If you want all future requests to find their way straight in to the trash, try pitching a post that’s all about the hard sell. 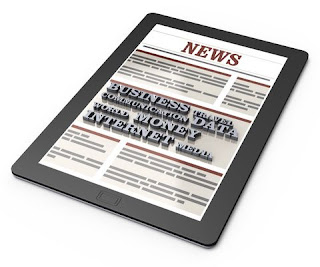 Marketing your business is incredibly important but to begin with you may not have the funds to advertise as much as you would like. This is why creating free press releases can be a useful way to bring your business to the attention of a wider audience, without having to spend a lot of money.

If you have no experience of writing a press release, or perhaps have not seen one before, then you may be wondering what they are. A press release is simply a way of announcing a product, event or business to the press and other areas of the media. Perhaps what makes them so useful is that they look incredibly professional and are therefore a great way to draw people’s attention to your business. 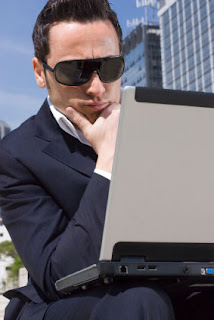 1. Writing your Press Release
Writing a press release may sound scary if you have no previous writing experience but it need not be. As soon as you have written a couple you will soon become at ease in writing and submitting to various sites. It is important that you keep the tone of your press release professional as they are viewed as being an official statement. To make yours stand out from others that have been submitted it is vital that you create a title that will catch people’s attention and include a summary of the contents.

When it comes to the content it is wise to only include what is relevant and to keep it concise. If it is too long then people may get bored halfway through or be put off from the start and not read it at all. State what it is your do, how long you have been working, the experience you have and any other information relevant to your industry. Be sure to include contact details including a phone number, email address and if you have one your website link as these are key for internet marketing.

2. Placing your Press Release
Once you have written your press release you will then need to make sure you place it on websites that receive a lot of traffic. It is a good idea to submit your press release to a number of different sites to enable you to gain as much marketing exposure for your business as possible. Be sure to complete all of the necessary boxes when submitting your press release and think of ways in which you can make yours stand out to readers. Jenkinson & Associates Ltd provides marketing consultants to companies looking to grow their sales and profits.
Posted by Chris at 05:53 No comments: