Ecommerce Operators in the UK Bear the Brunt of Brexit


It was never in any doubt that Brexit would bring devastating economic consequences for many businesses across the UK. Cross-channel export and import complications are already hitting merchants hard, and experts believe the worst is yet to come.

One of the hardest-hit sectors of all is ecommerce, with a full 94% of online brands in Britain saying that Brexit has cost them customers in the EU. This suggests that since the transition period ended on December 31 last year, at least nine out of 10 UK ecommerce businesses have seen a fall in sales. 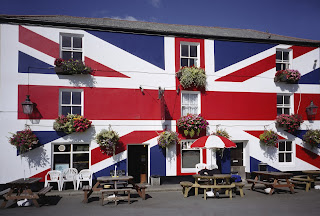 Ecommerce platform ChannelAdvisor junction with research firm CensusWide reached out to more than 300 UK businesses selling products online. The aim was to assess the extent to which Brexit had disrupted cross-border sales and customer relations, along with potential issues regarding additional tax obligations and shipping delays.

The overwhelming majority (94%) said that they had lost some customers in the EU, while 66% said that EU customer numbers had fallen ‘significantly’ due to Brexit.

An Uptick in Domestic Ecommerce

The UK High Street was devastated by three consecutive lockdowns, resulting in thousands of stores and established chains closing down permanently. Meanwhile, ecommerce operators thrived during the COVID-19 crisis, as the UK public was given little option but to shop predominantly online.

Consequently, 92% of the businesses surveyed said that customer numbers had increased significantly since the Coronavirus pandemic hit. In addition, 82% said that overall sales are currently higher than they were before the pandemic, with 27% reporting a ‘significant’ increase in sales volumes.

Conversely, only 16% of the retailers surveyed said current sales were the same as those early last year.

Reassuringly, 93% of the CMOs polled said that they are more confident in their brand’s future today than they were before the COVID-19 pandemic. But while the domestic picture is predominantly reassuring, Brexit has had a dramatic effect on the ability of UK ecommerce brands to do business overseas.

A Significant Drop in International Sales

Only 15% indicated that international sales volumes had improved since Brexit, with 17% saying there had been no specific change in either direction.

Issues shipping items to shoppers overseas were the most commonly encountered problem among UK ecommerce operators (73%). Around a third also said that complications at the border had significantly extended delivery times and affected their operations.

“UK brands are enjoying a phenomenal period of growth and will no doubt play an integral role in the country’s post-COVID recovery. However, the last few months of Brexit disruption have caused a significant headache for the vast majority of these firms, thanks to delays and complications at UK-EU customs. Brands rarely become e-commerce giants without strong international sales and finding a solution to this border disruption will benefit all sides,” commented Vladi Shlesman on behalf of ChannelAdvisor.

“Leveraging expertise like a third-party logistics provider can overcome fulfilment challenges, or looking to new sources of demand could help plug the gap in demand. In the meantime, it’s inspiring to see that brands are enthused and confident about the coming year. After such a transformative time in the industry, I hope they continue to reap the rewards of e-commerce.”
Posted by Chris at 01:18 No comments: