How the Internet of Things will Impact Digital Marketing


Right now, it’s probably pretty safe to say that the Internet of things really isn’t having an enormous impact on your life. You’ve read about it, you’ve been aware of its existence for quite some time and you are continually told it will be the biggest revolution since the Internet itself. But at the same time, you don’t see a great deal of evidence of it actually happening. 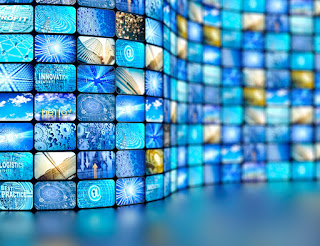 But what makes this particular subject different than the usual chatter is one simple thing; it really is going to happen. The simple fact of the matter is that the reason the Internet of things hasn’t yet taken over is the way in which the consumer public in general doesn’t seem quite convinced for the time being. But they will – you only need to look at the way technology has become a part of everyday life to know this is the case. It might be a while before the Internet of things becomes the new standard, but it absolutely will happen – sooner or later.

And when it does happen, there are going to be quite spectacular changes for those who work in digital marketing. In this instance for sure, it could indeed turn out to be the biggest thing to happen since the Internet itself came about.

So with this in mind, what follows is an outline of four ways the Internet of things will alter the world of the digital marketer once and for all:

1. Conversational Queries Take Over
First of all, we are slowly but surely entering an era where conversational queries are gaining ground on standard text search standards. Rather than simply using one or two obvious keywords, we are now telling computers exactly what we want, in order to get more accurate and targeted results. The simple fact of the matter is that if you have ever interacted with Siri or Cortana, you are well on your way to becoming dependent on conversational queries. Even if it seems a little clumsy and far from perfect for the time being, it really won’t be long before you forget that conventional search engines ever existed. Suffice to say, a pretty important development and transition from the perspective of the digital marketers.

Given the fact that it is entirely possible traditional search may no longer exist in the future, this would effectively mean that SERPs would be wiped from the face of the Earth. Right now, millions of marketing professionals the world over are embroiled in the constant battle to hit the highest of high levels in SERP rankings. It’s an industry worth billions, but one that technically could soon be worth absolutely nothing at all. Well, that’s not true entirely, as rather than investing heavily in topping visible results rankings, it will instead be a case of focusing on how to top the invisible rankings behind the scenes.

3. Google May Be Forced to Share
Given the way in which approaches to search and web interactions are set to change so radically due to the Internet of things, there’s a very strong possibility that Google will face new competition. Of course, they have the power and indeed the buying power to snap up and capitalise on the kinds of opportunities few others can hold a candle to. But at the same time, the way we find videos, products, information and so on will be so radically different than it is now, that the Google we know today may be in at least some capacities obsolete.

4. Personalisation Will Be Everything

Last but not least, location services and cookies may have worked wonders for personalisation, but we really have only just seen the very tip of the iceberg. When the Internet of things takes over as the new standard in our lives, chances are everything we do on a 24/7 basis will be monitored, tracked and used for a variety of purposes – marketing included. Even the way we drive and our sleeping habits could potentially be transformed into the kind of data marketing teams will be crying out for.
Posted by Chris at 04:54