The Book of Mormon and Social Media


Following on from shows such as ‘Jerry Springer: The Musical’, ‘The Book of Mormon’ is one of the more recent controversial musicals to get the critics talking.  Developed over a period of seven years by South Park creators Trey Parker and Matt Stone, with music from composer Robert Lopez, it is a religious satire which lampoons the ideas of organised religion as well as the conventions of traditional musical theatre. Originally released on Broadway in 2011, the show has now opened at London’s West End and has already broken box office records. It is also, as we shall see, a shining example of how Facebook and Twitter can contribute to the success of a modern-day musical.

In a nutshell, ‘The Book of Mormon’ tells the story of two young Mormon missionaries who are sent to a small village in a remote part of Uganda where a local warlord is threatening the population.  The two missionaries attempt to share the teachings of their religion with the locals but find it an uphill struggle. The musical officially opened in the West End on Thursday 21 March and took more than £2.1 million at the box office the following day. It seems that a controversial theme that gets people talking can often spell box office gold. 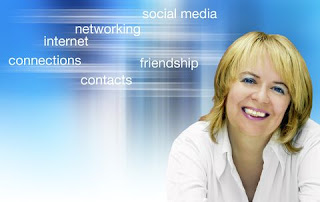 But what has also been at work here is the clever use of social media marketing.  Since the show’s opening, alongside the traditional reviews for the show have been a barrage of tweets appearing in press ads to accompany the release of fresh batches of tickets. Some of these were celebrity endorsements, some not, but they had the effect of turning the show into a roaring success by the time the reviews had appeared in the papers.

After all, sometimes all it takes is a well-publicised tweet from a well-known celebrity such as Stephen Fry to shoot a show into the stratosphere. In the case of Mormon, this strategy has worked to great effect. In this case, even drawing attention to negative reviews such as the rather one-star drubbing handed out by Quentin Lett can simply act as a bigger draw.

The great thing about drawing attention to tweets and Facebook comments in order to publicise a show is that, being totally free, it is something even the smaller fringe theatre companies can utilise. Those who may not be able to afford expensive national advertising campaigns to promote their shows may still be able to create a hit if their marketing teams are savvy about the ways in which social media can work for them.
Posted by Chris at 09:30