Corporate Philanthropy – How Giving Gives Back


Historically the leaders of large corporations have often donated to charitable causes or used their stance at the helm of great ships to pursue causes dear to themselves. Henry and Edsel Ford founded the Ford Foundation in 1936 and contributed hugely to Third World development, for example. From his very first wage John D. Rockefeller gave 10% to charity and continued to donate huge sums of money to educational and public health causes throughout his illustrious career. 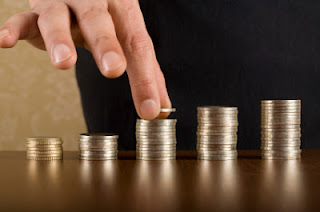 By the 1970s, companies donating to charitable causes had become commonplace and it was from the end of that decade that charity began to evolve into corporate philanthropy. Money was no longer the only resource companies began to donate; giving up employee time for charitable causes also became the norm.

Skip forward to the present day and every corporation understands that philanthropy is an essential part of brand image. As marketing companies are increasingly advocating, giving does indeed give back but (arguably more importantly) failure to give can actually be extremely detrimental to a firm’s reputation.

The message of these marketing companies is simple; giving to charity and being philanthropic is a win, win situation. The receiver of the charitable acts or donations benefits directly whilst the donating company experiences an increase in brand awareness and positive feeling from the general public; except it isn’t quite that simple.

First of all, consumers tend to be particularly cynical especially in times of economic downturn and even more especially in the UK. Moreover, consumers aren’t simple minded creatures – they can see straight through charitable stunts that are put on purely to increase brand awareness, etc.

A company’s philanthropic policy must therefore have genuine intentions, be carefully considered as well as be something that is in line with its traditions and core beliefs.

The idiom ‘charity begins at home’ therefore applies perfectly to this situation. A company that treats is clients and employees well is likely to be far better respected than one that pays very little attention to its own people’s wellbeing but spends millions in funding overseas aid projects.

Moreover, funding local community projects is often a far better venture, particularly for SMEs, as potential clients can actually see the work being done or better yet, the people being helped may actually be the company’s clients.

On a similar note, a company should rigorously check its own ethics and question how social responsible its operations are. Firms that operate with a strong moral and ethical code are usually far more respected than those seen to be exploitative or environmentally unsustainable.

Philanthropic projects that incorporate or a related to a company’s own operations are also often more successful than those that are not. The reason for this is that a company can invest its own expertise into a project to ensure it succeeds, as well as just time and money. An example of this may be a bank running a programme to show inner city school children around their major branches in an attempt to inspire them onto university and a career in the city.

At the end of the day, corporate philanthropy and charity has to be two things; genuine and carefully planned. Even projects with the best of intentions can fail spectacularly if a company does not do its research adequately. Regardless of good intentions, if the public perception of a charitable programme is poor it could seriously harm company reputation and brand image; potentially as harmful as not running a project at all.
Posted by Chris at 01:11